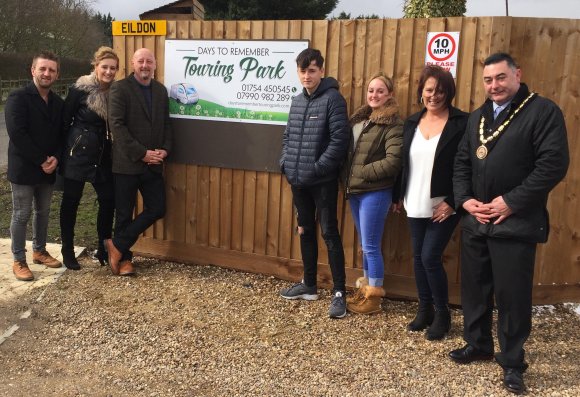 Monday 5th March 2018 – Attended the Skegness Twinning Association's AGM as their President to oversee their elections. Held at the North Shore Hotel.

Saturday 17th March 2018 – Was present at the opening of the new Giant Wheel on North Parade, Skegness.

Friday 23rd March 2018 – Attended the Grand Opening of Cycling Without Age at the Grosvenor House Hotel.

Sunday 25th March 2018 – Was present at the start of the Annual Motorcycle run to Pilgrim Hospital Children's Ward.

Sunday 25th March 2018 – Rode on the Giant Wheel on North Parade and welcomed them to the town.

Tuesday 27th March 2018 – Was present at the National Coast Watch base in Winthorpe, Skegness during the visit from HRH Princess Anne.

RT @samaritans: Grief is very individual and there’s no right or wrong way to feel.

Some people find it helpful to talk to us about grief, we’re neutral, non-judgmental and here 24/7 💚

RT @BCEReviews: ⏰Don't miss your final chance to help the Boundary Commission for England reshape the current constituency map and rebalance elector numbers. Our final consultation ends at midnight tonight - view the revised proposals now and have your say at bcereviews.org.uk.