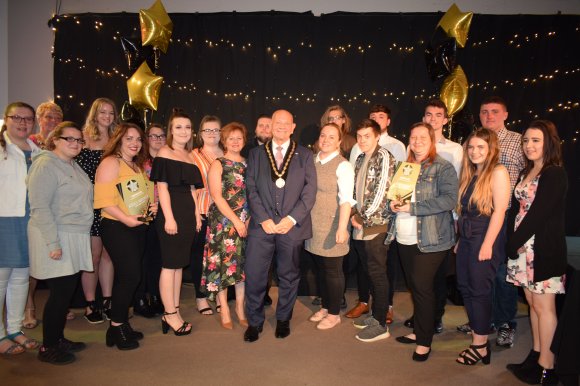 Friday 8th June 2018 – Attended the Magna Vitae Bowling Tournaments at the North Greens near the Suncastle where he helped present the trophies to the bowlers.

Wednesday 13th June 2018 – The Deputy Mayor, Councillor Maggie Gray was present at the Job Centre in Skegness for the launch of Universal Credit.

Sunday 24th June 2018 – Welcomed the Bikers For Macmillan to Skegness after their Sunset to Sunrise ride across Britain.

Sunday 24th June 2018 – Both the Mayor and Deputy Mayor were present at the CAP (Community Alcohol Partnership) out side the Hildred's in Skegness.

Sunday 24th June 2018 – Presented the prizes to the winners at the Annual Mecanno Show held at the Embassy Theatre. 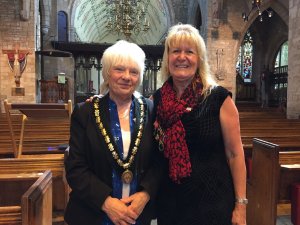 Thursday 28th June 2018 – Watched the Skegness Playgoers performance of Cheshire Cats at the Neverland Theatre. It is their 80th anniversary.